ViewMax Solutions LLC is a company dedicated to maximize, protect and enhance our customer’s vision.

We, at ViewMax Solutions, have developed a unique protective laser filtration system that has been designed to accommodate the variation of facial size and morphology as well as the shapes and sizes of virtually all of the loupe and eyewear shapes. Ease-In-Shields’™ unprecedented and double-patented shape provides the ultimate in vision protection along with the benefits of incredibly fast and hygienic placement and removal without removing the loupe or eyewear from your face.

Their polycarbonate construction is light and strong and less prone to fogging, and unlike other “filter inserts”, our protective coverage is total and certified by Laservision USA’s Safety Laboratories.

Our product’s excellence has been recognized by the prestigious Cellerant Consulting Group, which is 2017 honored Ease-In-Shields™ with their coveted “BEST OF CLASS” AWARD!

Meet the inspiriation behind viewmax solutions 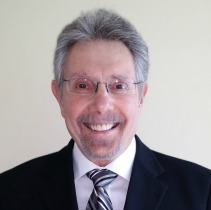 Dr. Anthony S. Podrow grew up in the West Los Angeles Area. He attended Los Angeles Valley College and California State University, Northridge for his undergraduate degree and graduated from Georgetown University, School of Dentistry (in Washington, D.C,) in 1979 with the DDS degree.
In 1980 he moved to British Columbia, Canada and soon after began a solo family dental practice. He retired in 2013 after 32 successful and personally satisfying years in the same office.

In 2002 Dr. Podrow was diagnosed with glaucoma, which had been controlled up until 2013 through eye drops, medications and some surgical procedures. Eventually, he lost the central vision of his left eye within a matter of about three weeks and, along with it, his 3D perception, necessitating the sale of his practice. This issue has made him acutely aware of the need for proper eye protection to be available; and the need for every dentist to make certain that they use it! In his research and development phase of creating Ease-In-Shields™, Dr. Podrow learned of several colleagues who, rather than forgoing the use of their magnification loupes, chose to forgo the required eye protection! He feels strongly that this is a sure recipe for disaster, and has made the manufacture of this product seem like a “moral obligation”!

Dr. Podrow was compelled to create Ease-In-Shields™ when he purchased a dental laser and found that the accompanying safety goggles and safety glasses could not be used with dental magnification loupes! When a simple and effective solution to this problem could not be found, Dr. Podrow created his own and realized that there was a great need for this easy to use, protective and elegant product in the dental field. 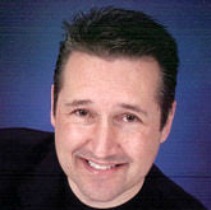 Dr. Chris L. Owens is a 1988 Graduate of LSU Dental School in New Orleans, Louisiana and is the founder and owner of Advanced Laser Training, Inc. Dr. Owens has lectured all over the world on subjects ranging from Cosmetic and Implant Dentistry to High Tech Laser Dentistry. He is a founding member of the WCLI (World Clinical Laser Institute) where he has received his Mastership Status as a certified laser educator.

Dr. Owens is a past board member of the Academy of Laser Dentistry, where he served on numerous committees and is in a unique position to advise students as they enter the World of Organized Laser Dentistry.

Dr. Owens passion is teaching new and existing laser users the clinical and business side of laser dentistry. As a doctor who has worked with almost all types of lasers, he is well suited to guide new users in whatever unit they have purchased or are thinking about purchasing.

Dr Owen’s expertise and immersion in this field enabled him to quickly recognize the value and necessity of a comprehensive and satisfyingly simple solution to the longstanding and stubborn problem of eye protection in the combined use of loupes and lasers.